Taking advantage of the good weather, and an extra-extended bank holiday weekend, Shep, Ian, Neal and Matt set off from the Basin early on Tuesday morning. After a short run to Tonbridge to drop off the boats and meet Chris, we were on the water before midday after shuttling and faffing. 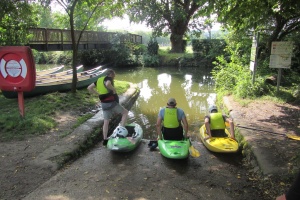 The levels on the Medway were low, but spirits were high. We passed out through the town with the sun on our backs, towards the first canoe pass at Town Lock that required portaging given the lack of water. From there it was a straightforward run on to Eldridges, sustained by the remains of the blackberries. There were unconfirmed reports of crocodiles and confirmed reports of kingfishers, herons and a snake.

Beyond Eldridges, we made it to Porters and then East Lock before easing up for lunch. So far so good, and no need for swimming or self-rescues, though it was a fine day for it. Annoyed by this after lunch, Shep took the initiative to start a water fight. Unfortunately this was a day that the aggressor had forgotten his spray deck, something everyone else was keen to exploit. 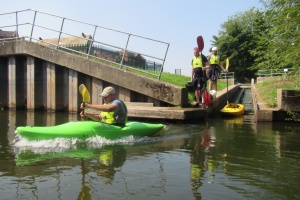 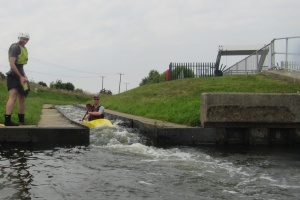 The final locks were navigated without any undue difficulty, and the party was back at Yalding in good time. As the traffic was building up, it was decided to stop for some post-paddle food in Tonbridge. A pleasant way to finish a pleasant day out of London! 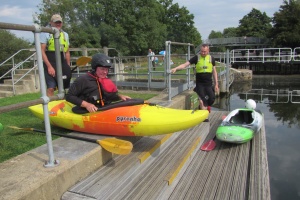